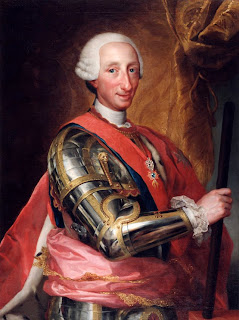 May 25, 2009 marks the 275th anniversary of the Battle of Bitonto (1734). Under the command of General Captain José Carrillo de Albornoz, the Duke of Montemar, the Bourbon forces defeated the Austrian Hapsburgs (who ruled the Kingdom since 1707) on the field of battle near Bitonto in Southern Italy. The conquest and its aftermath (the Treaty of Vienna) won “the most beautiful crown of Italy,” the Kingdom of the Two-Sicilies, for Charles of Bourbon (Carlo VII and Carlo V of Naples and Sicily) and ended the War of Polish Succession.

After 230 years of foreign rule “The great restorer of the kingdom,” once again made the Kingdom an independent and sovereign state. The Bourbon reign is widely considered the golden age of Naples.

“Long live the Kingdom of the Two Sicilies!”

The Great Restorer: Charles of Bourbon 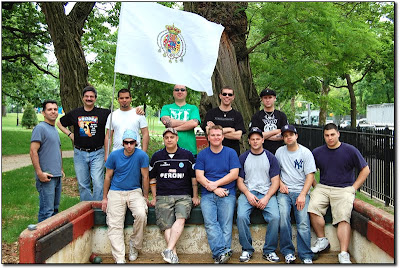 With showers in the forecast and ominous clouds in the sky, it looked as if Brooklyn’s Second Annual Battle of BitontoCommemorationwas going to be postponed. However, luck was on our side. The sun’s rays broke through the clouds, diminishing the threat of rain and allowing the event to go on as planned. 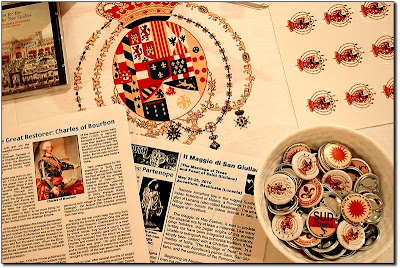 I’m happy to report that we had over twice as many people participate than last year, with supporters making the trek to Dyker Heights, Brooklyn from as far away as New Jersey, Staten Island and Long Island. The national and regionalflags of Southern Italywere festively on display, and buttons, flyers and t-shirts were distributed, generating interest from the spectators and passersby.

The commemoration recalls the military victory of Charles of Bourbon over the Austrian Hapsburgs on May 25th, 1734 atBitonto(near Bari in the Southern Italian region of Puglia). The Bourbon triumph led to the restoration of the independent and sovereignSouthern Italian nation, The Kingdom of the Two Sicilies. 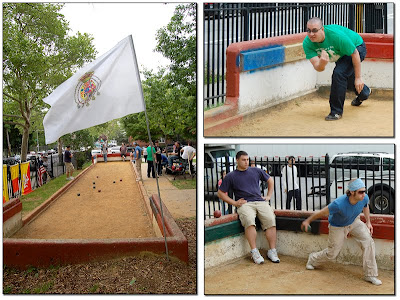 Similar to last year, our bocce tournament was held with several teams vying for bragging rights. After a number of hard-fought matches, Mike and Tom from Staten Island were crowned this year’s champions. They impressively went through the competition undefeated.

A raffle was held to help raise money for the Italian American Museum in New York’s Little Italy. This year’s prizes were aConcertos for the Kingdom of the Two SiciliesCD (Helios), a bottle ofLiquore Strega and a $50 gift certificate for Joes on Ave U, an authentic focacceria Palermitana.

I would especially like to thank Eddie (“Koz”) for generously supplying pizza and beverages for the participants. 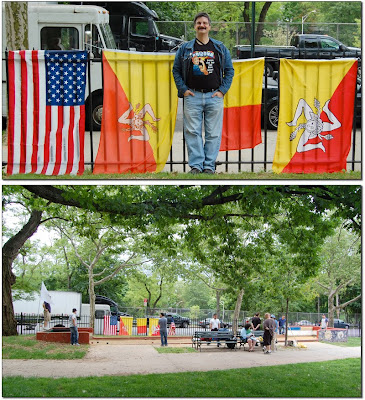 It also needs to be pointed out that Franky “Shades” and several of his buddies have been laboriously restoring the bocce courts over the past few weeks. Without their selfless dedication and hard work there would have been no games. The city has shamefully neglected the maintenance of these courts, allowing them to deteriorate over the years and preventing people from playing. The lads provided a wonderful community service.

We had so much fun that plans of forming a local bocce club is in the works.

The NPM remains dedicated to the preservation of our culture and our heritage. 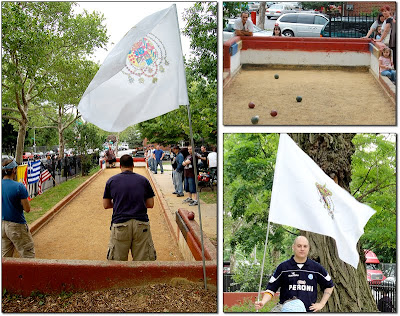 Fun in the Sun: 2009 NYC Battle of Bitonto Commemoration

Iscriviti a questo blog per ricevere i post più recenti.